HISTORY OF THE TABLE AND NAPKIN Although tablecloths have been used since ancient times, they do not have much information about their users.

The Gauls and Romans wore linen tablecloths, sometimes colored. Guests wore their own napkins that were placed near their sofas and used to carry the leftovers from their meals.

The importance of meals in the Judeo-Christian tradition contributed significantly to the development of the tablecloth.

It was in the Middle Ages that tablecloths became more important and were frequently used. They became objects of genuine veneration because they were a mark of nobility of Lords and were only shared with people of the same rank. Most of the tablecloths were decorated with embroidery and fringes. At the same time that simple tablecloths appeared, for example in some taverns, people wiped their hands on a long piece of cloth placed on the edge of the tablecloth.

The fifteenth century saw the emergence of the “touaille”, the ancestor of the napkin. This was a long strip of material more than 13 feet long, folded in two on a rod and glued to the wall like a towel. This was not used frequently.

The napkin as we know it today dates from the sixteenth century but was quite long. It was made of apricot linen and soon became popular.

By this time it was fashionable to fold tablecloths and particularly napkins in the form of birds, animals, and fruits. This tradition lasted more than 200 years.

Until the ninth century, tablecloths and napkins were usually apricots, a material with identical motifs woven in front and back, the name Damascus comes from the city with the same name in Syria. The silk damask was famous, exported from Persia and after Venice for a long time. It was then that the countries of northern Europe, lacking unrefined materials, invented the linen apricot, which was very popular until the early ninth century.

The arrival of cotton revolutionized the damask. Due to the softness of the material its production gradually became industrialized. The tradition of folding napkins gradually disappeared and size declined.

In the twentieth century, the color began to be used at the tables. At first, the tablecloths were pastel colors, to then go to dark and bright colors. The napkins also began to match or contrast with the tablecloths.

After a minimalist period, where the tablecloths and napkins once again became white, colors are again used on the tables. 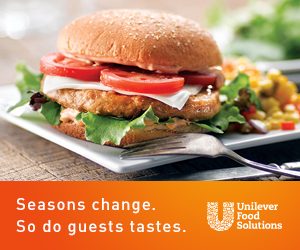